Raised on #70sRock and #60sJazz, have branched out from there. But I sure do wish there were more bands carrying the plain old hard rock torch these days.

All the mojo that ever existed, or will ever exist, came into being in the 1970s.

If you are lucky enough to have any mojo at all do not squander it.

I can never remember where The Boys are, if only someone would write a repetitive song to help me remember

Fender guitar lessons are free for the next three months so both me and the boy have started down that path; I’m a little bit further along than him, but I bet he can catch up.

Actually I take that back, winner for almost-end-of-college sadness and malaise gestalt goes to Spacehog's "In the Meantime"

Also, I somehow never actually absorbed all of the lyrics to this song, which couldn't be much better matched to the music; the music itself has always had the exacty same effect on me as the lyrics do now that I read them 😭 https://www.youtube.com/watch?v=PCsGRCf8T9Y #nowplaying #tootradio #spacehog #1990s

While cleaning up my office/studio today I was leafing through my small collection of sheet music, some of which goes as far back as the 1860s.

What I think of as "My" music, the stuff that was new and cool when I was a teenager into my early 20s, is from the early-mid 1990s. Some time in the last 5-10 years, most of "my" music slid from "kind of old but still relevant" to "LOL whatever, enjoy your dad rock, old dude."

Listening to my huge spotify playlist of 1990s stuff is like putting on a favorite pair of slippers, but as I enter middle age it's also like listening to a radio broadcast from a dead and largely forgotten world; it's a feeling I remember having as a kid in the 1980s, when daytime TV was full of ads for Time-Life compilations of music from the 1950s that I just had no context for.

...but with the 90's stuff, I *do* have the context, and the longer ago those days get the harder it gets to reconcile with the present. I'm glad for John Hodgman's maxim that nostalgia is a toxic impulse, because it would be really easy to wallow in my old music in an unhealthy way.

As to that sheet music from the 1860s: it suddenly occurred to how different it must have been to watch your generation's defining media slip away prior to recording and film technology. If you were 45 years old in 1885, good luck finding anyone still playing that one-hit-wonder tune you really liked during the civil war.

Part of me thinks it was probably generationally healthier for pop culture to just fade (as opposed to, say, being able to watch dimly remembered 40 year old toy commercials on youtube.)

I still think 'One Foot in the Grave' (1994) is one of the finest albums Beck ever recorded. https://www.youtube.com/watch?v=8TW8DCr7FsI #nowplaying #tootradio #beck #1990s

I know I've posted about it before but good goddamn is Quicksand's "Slip" (1993) a masterpiece https://www.youtube.com/watch?v=egzF66hDkFs #nowplaying #tootradio #1990s #posthardcore

Holy shit I forgot how much Liz Phair's 'Supernova' slaps (and I forgot how retro the video was by 1994 standards, I mean, strobe lights and industrial fans 😚👌 ) #nowplaying #tootradio #lizphair #1990s https://www.youtube.com/watch?v=tM60GAPIXTY

oh my god, I don't remember which of my friends had this back in the day but I heard it enough times that I never forgot the chorus. CW *extremely* lewd https://www.youtube.com/watch?v=BoyUUu1rPhE #nowplaying #tootradio #consolidated #yeastiegirlz

A clip I recorded #onthisday six years ago, an arrangement of 'Carry me Back to Old Virginny' from Briggs' Banjo Instructor of 1855: 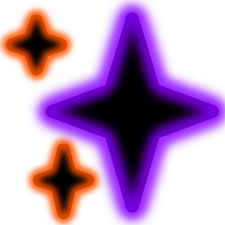 Loose
Foot loose
My foots fuckin on the loose

Feet
No feet
Where the fuck are my feet

I like Mumford & Sons' debut album a lot, the folk-pop-acoustic-horn production hits some kind of sweet spot for me, and I return to it often. I didn't take to 'Babel' in the same way (although I'm due to revisit it) and I sort of lost track of them after that.

Giving 2018's "Delta" a spin right now and I can't decide whether I like it or not; the electronic elements are kind of frustrating; I can imagine every song with the instrumentation of 'Sigh No More' and they sound better that way in my head. #nowplaying #tootradio https://open.spotify.com/album/3thbkS5Ijz41mAbAOat7wc

nobody gets within three meters of brian may until further notice. I mean it.

How did brass instruments ever get invented? Someone saw someone else going "thbbtbtbtbtbtbtbtbtbtbt" with their lips and thought "Yes! I must harness this power!"

Raised on #70sRock and #60sJazz, have branched out from there. But I sure do wish there were more bands carrying the plain old hard rock torch these days.