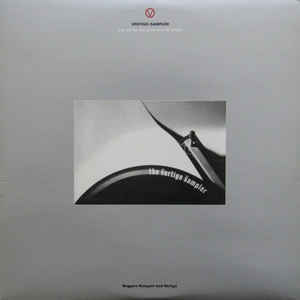 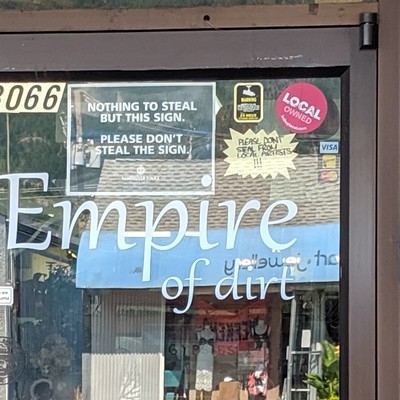 Enthusiast for all things musical (except musicals), Hello Kitty and golf. Don't mention sports unless you are fully prepared.

Many thanks to @LIBfestival for posting the day 2 video

Huge highlight was the @TOKiMONSTA set

Rewatching right now (vid should start at her set)

Mixing her own material with killer drops from Snoop and Missy. Fabulous graphics too!!!

last 3 weeks I've gone to this grocery store and the tunes are so much more beats oriented. I thanked the clerk when I saw her again. she smiled

Get thyself to twitch for the LIB festival. Currently Funk Hunters spinning "all 12" vinyl"

My favourite record store in #Seattle closed last month for good, but the internet archive is buying the entire lot. ♥️♥️♥️

On this new music Friday this came to my attention. The whole lp is full of cool, smooth grooves that combine electronic with latin beats. It's a real life couple that record under the moniker of Buscabilla

This single is from a few months ago but it's the 1st cut on the LP, really got my attention and when the whole release had played I thought to myself "that's it?"

May 2 1989 release for an all-time favourite

I say to her "you're not listening to these store tunes are you?" She said no, it's been 6 straight days of smooth jazz

We both agreed they needed to play more fresh beats 🎶🎶🎶

So I'm a little backward on this one. Heard the 2nd release and loved the sound playing sample recognition (most notably Portishead - Machine Gun and Moloko - Forever More).

The I watched the documentary on the first Everything is Recorded release and finally today listened to the first lp in its entirety.

I've attached the cut Mountains of Gold mainly for the Grace Jones sample used (from the iggy/bowie penned tune). There's also quite the lineup of artists involved beyond producer Richard Russell (he is Everything is Recorded and XL Recordings)

The documentary is good too and included in the attached toot

Best surprise of the day came while listening to the debut LP of Rina Sawayama. First couple of cuts are pretty solid electropop/r&b but then song 3 hit and my eyes/ears were piqued immediately. Channeling her inner Grimes with the crunchy guitar track?

Full video posted in reply toot. Below is music only

I've fallen into the XL Recordings rabbit hole. It may take awhile to catch my breath because there's so much here that just screams yes yes yes!!!

Watch this space for commentary and tunes. First up (later today when I wake) will be Gil Scott Heron and Jamie xx - We're New Here

My newest interest would seem to be the XL Recordings (most famously the home of Adele) label. Amongst its stable of artists (and more my speed) are Yaeji, Everything is Recorded and this morning I have Ibeyi testing the bass in my headphones.

If there was ever a band that could seamlessly transition to having their music reinterpreted and orchestrated it would definitely be Thievery Corporation.

It's here and it's spectacular. Please forgive this humble listener for not going on about Womb (listened thoroughly once) but I'm totally lost in Yaeji's What We Drew. It's billed as a mixtape and like Flume's Grammy nominated effort of 2019 it stands on its own as a collection of beats and sounds culled from a couple of years experimenting with a new sound room.

Funny that in the "people also sesrch for" bar when I googled this lp was the new Purity Ring. I had already been thinking that there a couple of cuts that would seamlessly fit into Womb.

I'll just leave you with this breakbeat track (wait for it)

Enthusiast for all things musical (except musicals), Hello Kitty and golf. Don't mention sports unless you are fully prepared.