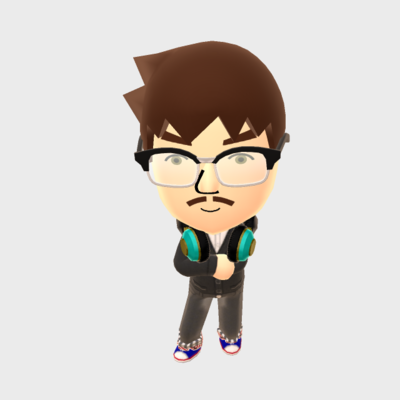 I comment about music here, and other things elsewhere.

While on the subject of noisy rock and/or incoherent babbling:

Some vintage Australian 90s alternative music shitposting (found in a forum dedicated to that epoch):

Krautrock still has a place in the heart of Södermalm, it seems

Things I hadn’t realised until today: early-00s proto-haunto electronica project King Of Woolworths was Jon Brooks; presumably the Advisory Circle/Café Kaput one. Which, when you think about it, makes sense.

I just spent an evening in a packed room full of goths watching three Icelanders in bondage gear gyrating to industrial techno and singing/shouting what was probably acerbic political agitprop (though my Icelandic is nowhere near up to being able to confirm). But yes, Hatari were fun.

What Kind Of Noise Musician Are You?

Some quality shoegazing going down at the Union Chapel, at Daylight Music; isn’t that the Twin Peaks theme?

I found this bad boy at the CeX in Dalston yesterday; it’s a 5G iPod, the one with the highly acclaimed Wolfson DAC.

First thing I did: install the open-source Rockbox firmware (http://rockbox.org), so I can fill it from the Linux boxes I keep my music on, rather than being dependent on iTunes and its proprietary ways. Running Rockbox, it reminds me of my old iRiver, only the scroll wheel is nice for traversing long lists, in exactly the way my Fiio X1 isn’t.

Next, I intend to replace the 60Gb hard drive with a 500Gb SSD I can fit my entire music collection on.

Last night, I finally got around to going to the Psychedelic Gong Bath that runs in Hackney every month or so. It was at the Round Chapel, a beautiful old church which I’m sure I’ve seen bands in. An arrangement of gongs and sounding bowls was in the centre; from it radiated circles of blankets and yoga mats, on which the attendees lay, heads towards the centre. We were instructed to close our eyes and take a few deep breaths, and then the sound began: the drone of singing bowls, a tintinnabulation of gongs (and this wasn’t the cartoonish type of gong sound one might imagine, but a metallic shimmer building up), and chimes. Attendants moved around the people, stealthy as ninjas, holding chiming bowls and making soft sounds with them right above their heads. The shimmer of gongs built up, like an uneasy sea, over many minutes, then backed off; and then a bell sounded. And another, of a different pitch, and then another, forming an aleatoric melody in a strange scale.

This went on like this for an hour and a half, and as the sounds shifted, thoughts floated past my mind. I let them pass. Towards the end, an instrument of some sort played a drone, and a woman’s voice sang, wordless melodies in exotic scales. I was reminded a little of Lisa Gerrard; though, oddly enough, at other times, the experience reminded me of another act: Swans. I saw them at a number of festivals, and suspect that one of their sets would have been better suited to a more meditative environment.

(Interestingly enough, Jónsi of Sigur Rós put on a show in a similar format at Primavera.)

Also picked up the 2-disc rerelease of Max Richter’s “The Blue Notebooks”; most of the bulk of the packaging is taken up by an empty blue notebook:

Just saw Chromeo; very funky, and not a world away from Client Liaison stylistically. Their main influence seems to be Zapp/Roger Troutman, whose talkbox electro-funk they update for the post-Daft Punk age of retro-electro, with bits of club/house thrown in. Though I can’t help thinking that those neon-lady-legs keyboard stands and the lyrics that read like pickup artist patter seem somewhat pre-#MeToo. Still, some nice chord progressions and riffs. #primavera2018

Watching Nils Frahm making contemporary-classical techno bangers live; one of the sets where the monitors (with a top-down view of his keyboard nook) offer a better view than the actual stage #primavera2018

Before that, I saw most of Björk’s set. Visually as spectacular as you’d expect. Imagine an arcadian arboreal bower, with musicians attired as faeries and fauns playing flutes, only less a Victorian fantasia and more a post-rave/cyberculture digital fantasy of virtual organic forms and artificial life and you’d not be far off. #primavera2018

I comment about music here, and other things elsewhere.